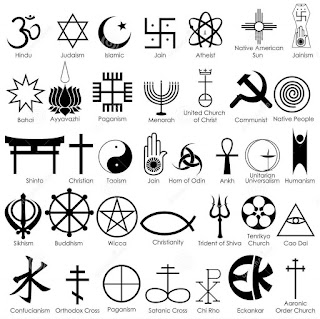 Did you catch the article that was making the rounds on Facebook last month about a new free online course on religion being offered by Harvard's Divinity School? The course seeks to improve tolerance and understanding about religion by improving religious literacy. Titled "Religious Literacy: Traditions and Scriptures," the course includes six classes on different topics and will be followed by more specific courses on Christianity, Buddhism, Islam, Hinduism, and Judaism.

Although the course pretends to be theoretically innovative, it is actually just a repackaging of the old "seven dimensions" model established by Ninian Smart. For starters, the website states that, "The study of religion is the study of a rich and fascinating dimension of human experience that includes but goes well beyond beliefs and ritual practices."  Just like Smart, who identified religion as a unique aspect of human experience and claimed that it has various social dimensions that can be studied cross-culturally, the course designers at Harvard have provided an empirical basis for studying non-empirical phenomena. They have preserved the confessional approach to religious education in a scientific language.

The core objectives of the course are to teach learners that (1) religions are internally diverse, (2) how they evolve and change through time, and (3) how religions are embedded in all dimensions of human experience. It is important to note how they never actually interrogate the meaning of  "religion, " but merely pass the buck, so to speak, and suggest that religion is produced by a series of dimensions that are defined as religious. Here is the YouTube advertisement for the course:

Notice how they simultaneously suggest that religions do not function in isolation from their political, economic, and cultural contexts,  yet still claim that it is impossible to understand a culture without considering its religious dimensions? This classic phenomenological move attempts to define religion by mundane acts like belief and ritual practice, while simultaneously isolating something that goes well beyond them.

Of course, by incorporating the social and material elements into their definition of religion, courses like this are certainly an improvement upon a purely theological analysis of the subject, but by failing to submit the category itself to analysis they continue to present religion as sui generis. After all, if "religion and culture" are inseparable, how are they able to refer to religion as something unique that exceeds the limits of human practice?

I would suggest that this attempt to contextualize religion while also preserving its unique qualities is a value laden approach to the subject that does not help us to the understand the complexity of the world we live in, but merely functions as a theological tool to separate religion from other aspects of culture. In the vein of Smart, what the course designers at Harvard seek to create is a "federalism of tolerance" by concealing a theological agenda in a secular guise. The idea that religion is a unique phenomenon distinct from other aspects of culture, such as music or philosophy, is a theological claim that prioritizes religious experience. Simply diversifying the forms of religion and its plurality in history does not correct the misunderstanding about religion. Diversity is not enough.