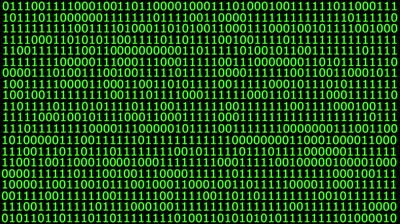 There’s a—in my opinion—facile approach to binaries that now seems to be all the rage: binaries are bad, we’re told, and we somehow have to get past them. It’s a handy trick to reinstate a new dominant, though, since I ( vs. you) don’t (vs. do) know (vs. not know) how to say anything without thinking and speaking and writing and acting in binary systems. Of course we can ignore the opposed pole of the pair that makes it possible to think some thought or carry out some action, as if we just naturally know ourselves to be an “us” without some posited “them” over there, set apart, not allowed into our clubhouse.

But that wouldn’t be very good scholarship, now would it?

One way I try to teach students about the inevitability of binaries—and, more importantly, the various investments that they may point toward and the type of social world that they may help to make possible—is using a quotation that I’ve cited in print in the past, from the 1991 edition of Huston Smith’s The World’s Religions. In a chapter on Confucianism, not so different from the 1958 original, the text seems to be working very hard to convey to the reader how alien the world of ancient China was, from which the Confucian tradition arose. We read:

The text then concludes:

After presenting this quotation to my students I ask them what a binary is, we talk a little about binary code that runs our computers, we flick the room’s light switch on and off a few times, mulling over how a paired relationship of +/- or 1,0 can then be linked to any number of things, such that 1,0 can “mean” something different from “0,1”, etc., etc. Sooner or later we’ll think a little about what “hot” really means, other than “not cold,” and move to discussing boy/girl, up/down, early/late, here/there, and when I think we’ve all got a sense for how deeply we’re all immersed in complicated worlds of paired or associated concepts, we turn our attention back to this quote from a classic text in our field, surely the most widely selling world religions textbook ever written (continuously in print since the late 1950s, existing in a wide variety of editions, and even the basis for Smith’s PBS series). And I ask them to re-read it and begin circling the conceptual pairs they find (e.g., modern/tribal, free/bound, self/group, etc.).

After collectively identifying a few, whether both appear in the text or only one (which necessarily presupposes the unspoken partner, of course), I start writing them on the board,in two columns (modern over here and tribal over there), and when the next pair is shouted out to me, say, “I/we,” I ask if it matters where I write this pair on the board, i.e., could I write “I”below tribal? It doesn’t take long for the students to correct me if I do, for they quickly understand not just that, whatever it really does or doesn’t mean, modern is at least the opposite of tribal, but also that modern correlates to the first person pronoun and not the plural. Within a few minutes we end up diagramming, in two columns on the board, the structure to Smith’s 1950s rhetoric: I am a modern, self-conscious, free and rational individual while they are tribal, bound to tradition and irrationally group-conscious. What’s more, that China was apparently then under the force of “social evolution” (and to think that many of us thought that Social Darwinism went the way of the Dodo bird in the 19th century), tells us that these two columns are not innocently opposed to one another (like, say, on/off for our classroom’s light switch). No, the inferior is irresistibly drawn by the gravity of the better. “Individualism and self-consciousness are contagious,” he writes in the very next line, “Once they appear, they spread like epidemic or wildfire. Unreflective solidarity is a thing of the past.”

Lesson 1? Show me a means for establishing a distinction and I’ll show you a normative hierarchy that attends that perceived difference.

That Smith’s reference to the ruggedly modern male individual defying convention—not wearing his tie to work is just uncomfortable for him—is opposed to his mention of the no less modern woman who’s entire identity and self-worth is somehow tied to knowing that she’s dressed properly—lodges his text in its own unthinking conformity, that of 1950s patriarchal culture, a land no less alien to some of our students than pre-modern China, makes Smith’s text itself an even better example of the so-called power of tradition.

Lesson 2? We’re all immersed in unthinking social situations not of our making (e.g., the rules of grammar), suggesting that claims of individuality are rhetorical and not substantive).

Of course such an analysis isn’t possible without using binaries of our own—we’re all swimming in the soup of history, culture, language, etc.—but not every pair carries with it the same implications. Getting students to recognize that the goal is not to escape binaries, not to try to escape history and consequence, but, instead, to work to make implications, ownership, and situation evident, is the goal of this classroom exercise that I’ve often used over the years. And in my experience, it works pretty well. Because sooner or later someone looks at me a little funny when they don’t quite know how to fit “man/woman” into the structure that I’ve made on the board; for despite both being thoroughly modern, Smith’s rhetoric aligns only one with unthinking conformity and overpowering tradition. And that moment—“Where do we put man/woman?”—is the moment when you can see the light bulbs start going on in heads, when the distance between them and the author becomes evident, and when the author’s social world suddenly becomes visible, all through tracing the traditional binaries at work in his modern text.

Posted by practicumblog at 5:55:00 AM No comments: