After World Religions—Religion as Ideology, Part 1 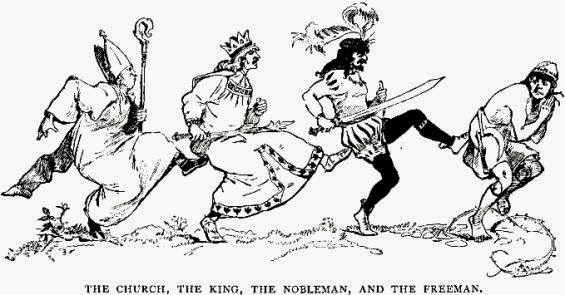 This series of posts is excerpted from a chapter from a forthcoming book titled After “World Religions”: Reconstructing Religious Studies, edited by Christopher R. Cotter and David G. Robertson.


Teaching against the world religions paradigm is made difficult in part by the fact that the paradigm is partially hegemonic and, as such, shapes our students’ assumptions and preconceptions about the subject matter of our courses. We risk facing student frustration when they feel they have been a victim of a bait-and-switch: they enroll expecting to be taught the “spiritual essentials” of the world religions, only to find such essentialism thwarted at every step and supplanted by, for example, an emphasis on society, classification and authority. Indeed, I’m sometimes challenged by students: “I thought this class was going to be on religion; why are we talking so much about social structure? When are we getting to Adam and Eve and the Qur’an and stuff?”
Although my courses appear on the surface to be oriented around a specific content—I teach “Religions of the West” and “Religions of the East”—my courses are actually organized by a theoretical question of my choosing, such as how social reproduction takes place, or how gender is constructed and contested. However, I attempt to meet the students’ expectations halfway by choosing the data or content from the so-called “world religions” at hand, to which we will apply the theoretical questions. I typically use a quasi-Marxist, non-essentialist social functionalist theory in my courses, focusing on how the elements of so-called “religious” traditions are used to advance social agendas. Thus, for instance, I might introduce students to the canonical “basics” of Christianity, but then go on to show them how those canonical cultural elements are used, reused, and recycled in support of various social agendas in different times and places. In the end, the course turns out not to be about Christianity, but rather about how different groups make functional uses out of their local cultural inheritance. In addition, since such uses are so widely variable, a necessary corollary is that such traditions lack an essence of the sort the world religions paradigm assumes. Contrary to the sui generis approach that assumes “the Sacred” or some other non-empirical, ontologically distinct, transhuman essence is revealed to us through an axis mundi or hierophany, I present the contents of the so-called “world religions” as garden variety, hum drum social rhetorics. On such a view, all religions turn out to be the “same” in a sense, but the shared elements around which their identity is drawn—discourses, authority claims, power relations, etc.—are, on the one hand, available for empirical investigation and, on the other hand, also the “same” as those of other social and political formations.
My assumption that authoritative discourses and practices lack an essential social function but can be recycled to serve a variety of purposes—as circumstances change—is in part shaped by Jonathan Z. Smith’s essay, “Sacred Persistence: Toward a Redescription of Canon” (1982). For Smith, culture is like cuisine: ingenious and inventive chefs can turn a very small selection of foods—out of an almost infinite variety available to us in the natural world—into an indefinite number of dishes. Similarly, ingenious and inventive cultural actors can put a very small selection of discourses in a limited canon to an indefinite number of social purposes. The closure or limitation of the canon is reciprocally related to the ingenuity of the interpreters of the canon. Smith writes:


The process of arbitrary limitation and of overcoming limitation through ingenuity recurs. As the pressure is intensified through extension and through novelty, because of the presupposition of canonical completeness, it will be the task of the hermeneute to develop exegetical procedures that will allow the canon to be applied without alteration or, at least, without admitting to alteration ….


On this view, the “application” of principles in the discourses at hand “is not a generalized systematic process, but a homiletic endeavor, a quite specific attempt to make the ‘text’ speak to a quite particular situation.” Consequently, my task as an instructor is to bring the procedures of various hermeneutes into focus, to reveal the rhetorical games continually deployed, with an eye specifically to the social and political stakes at hand.


In the posts that follow I will describe how I use such an approach in two of my courses, while attending to some of the strengths and weakness of the approach, as well as what works and what does not in the classroom.
Posted by practicumblog at 3:30:00 AM