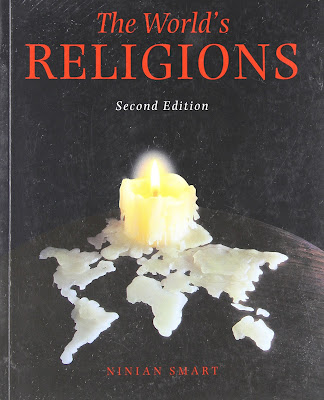 In this new series, Practicum asks scholars to consider how classic texts or theorists can be critically re-thought for use in religious studies classrooms.


Which classic text/theorist are you using and in which course?

I am going to return to Ninian Smart in a doctoral seminar on “Rethinking the World Religions Course” that I will be offering this winter.

What is the basic argument of the text/theorist you are using and how has it traditionally been employed in religious studies classrooms?

At this point, I think Smart is probably best known for his textbook, The World's Religions, which exemplifies his dimensional approach to the study of religion. The second edition, published in 1998, is still in print and still used in introductory courses. He taught for many years at Lancaster University and, later, also at UC Santa Barbara, and played a leading role in the development of the secular study of religion in the UK, the US, and beyond. He published a prodigious amount, including many books that were oriented toward the classroom, and a few more theoretical works, such as The Science of Religion and the Sociology of Knowledge.[1]


The study of religion is without clear cut boundaries, for it is not possible or realistic to generate a clear-cut definition of religion, or, more precisely, any definition will involve family resemblance, as indicated by Wittgenstein. Such a definition would involve listing some typical elements of religion, not all of which are to be found in every religion. It is a natural consequence of this that there will be some phenomenon which bear a greater or lesser resemblance to religion.[2]

In reviewing Aspects of Religion, a festschrift honoring Smart, Russell McCutcheon compared him with Eliade, suggesting that they represented “two different and possibly competing approaches.”[3] In criticizing those who denied there was a continuum between religion and other things as seeking “to partition off religion … so it can have its own norms and be sui generis,”[4] Smart certainly sounds like he was contrasting his approach with that of Eliade. Indeed, in contrast to Eliade, who emphasized the sharp distinction between the sacred and the profane, Smart sought to apply his dimensional analysis to systems that, as he said, are “commonly called secular: ideologies or worldviews such as scientific humanism, Marxism, Existentialism, [and] nationalism.”[5]

Yet it is probably his openness to continuity and his inability to establish a clear distinction between religious and secular worldviews that has generated the most concern. Thus, while acknowledging Smart’s many positive moves, Brian Rennie notes Smart’s reluctance to characterize secular worldviews as religions, his uneasiness when it came to specifying what made religions distinct, and at the same time Smart’s claim that “the washing away of a fundamental distinction between religion and secular worldviews enables us to ask more sensible questions about the functions of systems of belief.” “Try as he might,” Rennie concludes, “it seems he cannot effectively maintain a distinction between a religious and a non-religious worldview.”[6] Although it is easy enough to ask people whether they consider their worldview religious or not, establishing a theoretical distinction between secular and religious worldviews requires scholars to stipulate a definition of religion. Smart sometimes stipulated a distinctive feature (i.e., contact with an invisible world), but then undercut himself, creating contradictions that he never resolved.

Why is this text/theorist important or relevant for religious studies students?

There are, as most of us are aware, longstanding complaints regarding stipulative (2nd order) definitions of religion, chief among them that (1) they vary so much that we can’t compare what one scholar says about “religion” with what others say and (2) they tell us more about scholars’ views than about the views of people on the ground. The latter problem is most acute in relation to cultures that don’t have a term for religion and in relation to “religion-like” groups that claim to be “non-religious” or “secular.” Smart struggled with the problem in the latter context. Although I have been an “anti-definitionalist” for some time when it comes to defining religion, I didn’t see the importance of a identifying a broader term until I was invited to write a blog post on method for the Nonreligion and Secularity Research Network (NSRN). Thinking about methods for studying so-called nonreligion highlighted the craziness of studying nonreligion or secularity or atheism without specifying some sort of wider rubric, such as worldviews, for conceptualizing our overarching object of study.[7]

It is in this context that I find Smart’s call for repositioning what we are doing as scholars of religion under the broader rubric of worldview studies highly relevant. His most visionary formulation of Worldview Studies (or Weltanschauungswissenschaft, as he sometimes called it) appeared not in his textbooks, but in an article titled: “The Philosophy of Worldviews, that is, the Philosophy of Religion Transformed.” There he argued not only that “the philosophy of religion should be extended to be the philosophy of worldviews,” but also “that [the philosophy of worldviews] should be the upper story of a building which has as its middle floor the comparative and historical analysis of religions and ideologies, and as a ground floor the phenomenology not just of religious experience and action but of the symbolic life of man as a whole.”[8] As Rennie’s critique indicates, however, his way of implementing worldview studies generated contradictions. In starting with an idea of religion, however vaguely defined, and using it to analyze worldviews that he wanted to characterize as either religious and secular while remaining reluctant to identify what distinguished them, he remained suspended between religious studies and a more fully realized worldview studies. The alternative is to take worldviews that people on the ground characterize as religious, secular, spiritual (or whatever) as our object of study. Doing so requires us to define “worldviews” but not “religion.” Although Smart used his dimensions to analyze worldviews, he never tried to define what he meant by a worldview.


How are you using the text/theorist to expand upon, subvert, or challenge traditional interpretations?

I am using Smart to get at our difficulties defining our object of study and to critique our desire to subsume the study of worldviews and ways of life that insiders do not consider religious under the heading of religious studies. Rather than characterize those worldviews and ways of life as religious, I think we should just call them worldviews and ways of life and, following Smart’s lead, shift our focus to a more broadly conceived object of study. If we shift our focus to Worldview Studies (or, as I’d prefer, the Study of Worldviews and Ways of Life), then worldview (and ways of life) are the key concepts we have to define, not religion. We need to so, however, in an even-handed way that does not privilege one type of worldview over another. Smart’s dimensions, since they are derived from the study of religions, may or may work equally well for both religious and secular worldviews. Even if they do, his dimensions, as just noted, don’t define a worldview any more than they do a religion.

I think, though, that defining what we mean by worldviews and ways of life is actually easier than defining religion and that there is existing work that we can draw on to do this. In preparing my blog post for NSRN, I discovered the research on worldviews coming out of the Netherlands, particularly the work of Andre Droogers, a cultural anthropologist at the Free University in Amsterdam, and the interdisciplinary Worldviews Research Group founded by Leo Apostel in Belgium.[9] I have argued elsewhere,[10] I think their definition of worldviews in terms of “big questions” provides a more neutral starting point for comparison across cultures and time periods that can be fleshed out in terms of many of Smart’s dimensions. Justifying such a claim takes us into the problems surrounding comparison, where like William Paden,[11] I think that an evolutionary perspective can help us to identify basic panhuman processes, such as “worldmaking,” that we can use to ground our comparisons. While Smart doesn’t provide a definition of worldviews or ways of life, his work (and the contradictions therein) help us to understand why we need to conceptualize and define a more expansive object of study.

[4] Ninian Smart, “The Philosophy of Worldviews, that is, the Philosophy of Religion Transformed,” Neue Zeitschrift für Systematische Theologie und Religionsphilosophie, 23, no. 3 (1981), 217.
[5] Smart, The Science of Religion, 22.

[6] Bryan Rennie, “The View of the Invisible World: Ninian Smart’s Analysis of the Dimensions of Religion and of Religious Experience,” CSSR Bulletin 28, no. 3 (1999): 66, quoting Ninian Smart, “Theravada Buddhism and the Definition of Religion,” in The Notion of Religion in Comparative Research, ed. Ugo Bianchi (Rome: L’Erma di Bretschnider, 1994), 604.

[7] Ann Taves, “On the Virtues of a Meaning Systems Framework for Studying Nonreligious and Religious Worldviews in the Context of Everyday Life,” at https://nsrn.net/2016/10/04/methods-series-on-the-virtues-of-a-meaning-systems-framework-for-studying-nonreligious-and-religious-worldviews-in-the-context-of-everyday-life/