What’s in a name, a name rearranged? Part 2 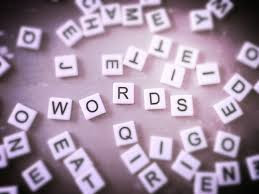 By Stacie A. Swain,
Words matter.[i] When I began to understand deconstruction as a method, I felt like I no longer knew how to speak (I’m still figuring it out). In this sense, I see pedagogy as teaching one not simply how (and not what!) to think but also how to write and speak. I understand critical religion pedagogies as teaching one how to speak and write in ways that are more conscious of the social dimensions (context and implications) of what one reproduces through discursive citation (of concepts and sources). Even then, as my supervisor is fond of saying, “if it’s difficult to step out of the box, it’s even more difficult to keep from falling back into it!”
The discourse on religion coming from a critical theory of religion or a critical religious perspective as offered in the editorials, appears to (or prefers to) remain within the ‘religion’ box without questioning how it came to be or whether it really ‘is.’ The claims made in the CRR pieces under discussion cite and enact ‘religion’ in a performative sense, bringing it into being and reproducing it, manifesting constructions and constructing manifestations. Using the term ‘enacts’ perhaps applies to all scholarship, if to differing degrees: “‘enactment’ can, in general, be understood as a less conscious and willed dimension of reproducing social and political categories.”[ii]
However, as McCutcheon points out in his Theses on Professionalization, “teaching and research are complementary activities, inasmuch as teaching, somewhat like publication, constitutes the dissemination of information gained by means of prior research.” Additionally, “The performative… is always pedagogical, and the pedagogical is always political.”[iii] Scholarship by its very nature performs or enacts a pedagogical performance that doesn’t simply stop at the end of the page.
The CRR editorial asks, “Is it time to find new ways to unmask the processes through which we position our own intellectual tasks?” Absolutely (sort of). For the most part, that’s what scholars who deconstruct and historicize the category and the study of religion aim to do, whether for their own purposes or for the intellectual satisfaction of taking things apart - that would depend on the scholar and the project, and similar scrutiny may certainly be applied to their work. Deconstructing ‘religion’ only to reconstruct it over again but ‘better’ would defeat the purpose of “unmasking” the processes through which ‘religion’ comes to be constituted as an object of study and critique in the first place.
One caveat, ending on the “unmasking” metaphor: I rather doubt that there is something really real, reachable, and readable under the mask, either within scholarship or with respect to that which scholars claim to study - something to be taken prima facie or at face value. The assumption that there are forms of religion, religions, the religious, research, scholarship, and pedagogy that should be taken at face value that can be “unmasked” is perhaps one of the fallacies of constant (re)construction built upon on ambiguous conceptual categories. There will always be cracks in the foundation - unknown, unacknowledged, unrealized, perspectives and interests, waiting in the wings to (re)construct again (and again, and again).
Deconstruction can be used to take ‘religion’ apart not only to rearrange the social features that contribute to the constitution of religion, but also to question how it is that those features came to ‘be’ and to be arranged in the first place. Critical (religion) pedagogies in the study of religion destabilize the ‘givens’ of the field in order to offer new perspectives. Fostering an awareness of the perspectives and aims of a particular approach teaches students not simply to parrot one approach or another, but to evaluate each for the work that it does both on and off the page.


[i] Anecdote: As an early, avid reader who often read words before ever speaking them, words, word usage, and wordplay has always fascinated me. As a young adult, I paid a large chunk of cash to become certified as an ESL instructor. I ended up never using it, at first due to circumstance but afterwards because teaching someone how to communicate seemed like a loaded responsibility. I try to still bring that awareness into my own work and pedagogy.
[ii]Ahmed, “Interview with Judith Butler,” 2.
[iii]Denzin, Lincoln, and Smith, Handbook of Critical and Indigenous Methodologies, xi.
Posted by practicumblog at 12:41:00 AM